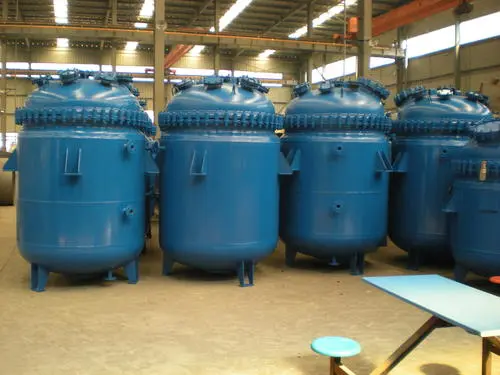 Q:   What are the symptoms of a mechanical seal that is not running properly?

A:   There are varying symptoms of failing mechanical seals based on the seal type.   In the case of dry seals, higher than normal nitrogen consumption is often an indicator of a problem as is hissing or puffing sounds from the seal housing.   A red flag is also raised when a flowmeter is placed in-line and the indicator ball is above allowable limits (one to two standard cubic feet/hour per inch of shaft diameter) or if the indicator ball is bouncing in the meter.   As for lubricated or “wet” seals, any that are losing liquid at an increased rate or have run totally dry prove to be problematic.

Q:   What are the most common operating mistakes made with mechanical seals?

A:   The three most common operating errors of mechanical seals (that will eventually cause seal failures) are:

1. Setting the pressure in the seal housing at too high or too low a pressure.

3. Running the agitator with the liquid at blade level.

Q:   What can you do to avoid seal problems?

A:   Close and careful monitoring of your seal is the best way to get an early diagnosis of seal issues.   By proactively inspecting key elements you can take preventative measures to keep your seal running efficiently for longer.   The three most important components to monitor are:

· The nitrogen consumption of a dry seal (at least once a day).

· The liquid level of the lubricator for a wet seal.

Q:   What is the average life expectancy of a mechanical seal? Is there a variance between dry-running and wet-running seals?

A:   It is very difficult to determine an average seal life. The life of a mechanical seal depends on many variables.   The severity of the service is the primary determining factor.   Generally speaking, the higher the temperature, pressure and speed of the agitator, the lower the seal life.   The chemicals in the vessel, especially in the vapor space, will also determine seal life. Certain chemicals attack the faces or O-rings causing corrosion.   The runout of the agitator is also a very large factor, the general rule of thumb being that the greater the inaccuracy, the lower the seal life. Runout is caused by many factors, such as old or improperly maintained equipment, improper assembly of equipment, and running the agitator at the liquid level in the vessel.   In general, the life of a lubricated seal is higher than a dry seal by a factor of two for the same service.

Q:   Are there situations where it’s advantageous to have a dry vs. wet seal?

A:   There are pros and cons to each type of seal and situations where dry seals are desired over wet seals and wet seals are favored over dry-running models.   Wet seals are preferred where dangerous chemicals are involved in the process. The reason is that if the seal fails, the vapors will be trapped in the barrier fluid and will have little chance of entering the atmosphere. With a dry seal the vapors have a better chance of escaping.   Typically wet seals have a better life expectancy.   A major disadvantage when using wet seals is the potential for barrier fluid to enter the process and possibly contaminate the batch.   This is a huge factor for pharmaceutical applications and other processes that have stringent demands for product purity.   Therefore, dry seals are preferred where contamination of the process is a priority.   Dry seals require less maintenance than wet seals because there is no lubricator to maintain and refill when the level is low. With face seals nitrogen leaks into the vessel and some carbon dust from the carbon faces will enter the process. The OptiSeal is the only seal where only nitrogen and possibly a miniscule amount of PTFE enter the vessel.

Q:   What are short term and long term problems caused by leaking seals?

A:   For wet seals, a leaking seal puts more barrier fluid into the batch contaminating it.   The barrier fluid will leak into the atmosphere and onto the vessel head making a mess.   Eventually the lubricator will run dry and the seal will fail and no longer hold the vessel contents which could contaminate the atmosphere.   For dry seals a leaking seal consumes a lot of nitrogen.   The seal will wear out putting a lot of nitrogen into the vessel and possibly over-pressurizing the vessel, especially small CTJ vessels (100 gallons or less).   For face seals, a large amount of fine carbon dust will enter the vessel, contaminating the batch.   Eventually the seal wears out, the barrier gas pressure cannot be maintained and the vessel contents will enter the atmosphere.